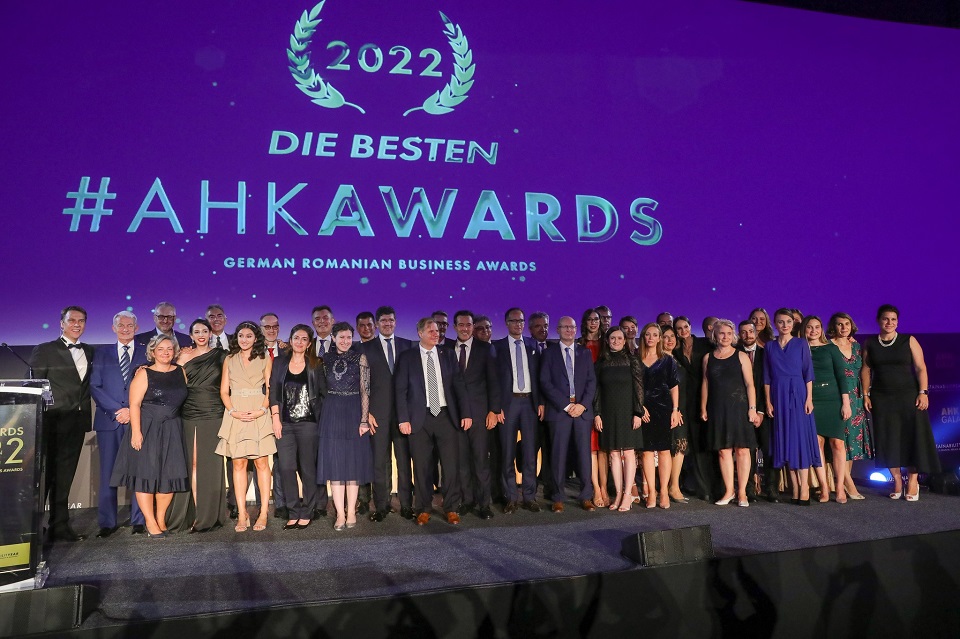 The use of electronic propulsion technologies (e-mobility), cooperation with universities for the training of new generations, the lighting of schools through the LED system and the production of non-polluting biofuels from agricultural residues are the four winning initiatives of the Romanian-German Economy Awards, AHK Awards. The prizes were awarded, on Thursday, at the Palace of the Parliament, during the 20th anniversary Gala of the Romanian-German Chamber of Commerce and Industry (AHK Romania).

The projects were initiated and developed by the companies: DAR Dräxlmaier Automotive, with “E-Mobility Transformation”, awarded in the Business Excellence category; Bosch Group Romania, with “University Cooperation Program”, winner in the Our employees – our success category; E.ON Romania, with “Energy in Schools”, in the Responsibility for the future category and Clariant Products Ro, with “Producing advanced biofuels from agricultural residues”, in the Innovation category and new technologies.
68 applications entered the competition, and the jury had the difficult task of selecting the winners from a large number of very good quality projects. It is the first year in which AHK Romania awards awards that recognize and promote the efforts and results achieved by companies or their projects.

The 20 years of successful activity were celebrated by the members of AHK Romania together with high-level guests from the economic and political scene in Romania and Germany.

In a message sent to AHK Romania on this occasion, the Federal Minister of Economy and Climate Protection, Robert Habeck, noted that in the last 20 years, bilateral economic relations, as well as German investments in Romania, have developed a lot, the economies of two countries being extremely closely related.

“More than 7,500 companies with German capital are active in Romania. They contribute to the economic development of the country and are highly valued as employers. And for German companies, Romania is a good investment location for innovation and technologies of the future. This is shown by the projects awarded today, at the first edition of the Romanian-German economy awards”, said Habeck.

He also mentioned the importance of bilateral collaboration for the development and implementation of the EU’s energy strategy. “In this sense, supporting pan-European cooperation in innovative technologies is a central element for technological sovereignty on our continent. And this becomes, in times like these, day by day more and more important”, added the German official.

The President of Romania, Klaus Iohannis, emphasized in his message that the successful models of German companies are a good example that must be followed and promoted. “The increase of foreign direct investments by more than 20% in the first half of the current year is an encouraging sign. We need public policies focused on performance, which are supported by the business community, in order to support Romania’s development along the lines of the competitive advantages we have,” explained the head of state in his message presented by presidential adviser Cosmin Marinescu. Considering the international situation, marked by record inflation values, high energy prices, supply shortages and market volatility, the President of Romania also referred to specific things that can be done in this context, such as the sustainable use of resources as well as adapting investment strategies. In conclusion, President Iohannis stated: “The Romanian-German Chamber of Commerce has been an active partner, and your proposals [of the Romanian-German business environment] have contributed to the smooth running of the economy and the development of a robust and efficient business environment. I am convinced that this cooperation will continue and I wish you to remain the same reliable, dynamic and involved partner in the future”.

Present at the event, the Prime Minister of Romania, Nicolae Ciucă, appreciated the fact that this year’s AHK anniversary is under the sign of sustainability, an extremely current theme in the economic and geopolitical context. “Sustainable development means investing not only in the economy, it means investing in education, in research, in green projects, areas for which there is interest and effective involvement at the government level,” he said, adding that most of the investments through the PNRR go to such projects. The Prime Minister also emphasized the fact that Germany is one of the biggest investors on the Romanian market, having a share of over 19% of the country’s total exports.

“For the Government of Romania, AHK Romania represents a reliable partner […], it is not only an ambassador of German companies operating in Romania, it is also a real ambassador of Romania, helping German investors to come and develop solid businesses in our country and for that I thank you”, declared Nicolae Ciucă. The Prime Minister expressed his confidence that the number of German companies will increase and bilateral cooperation will expand, Romania having the potential to become a regional hub for the production, transport and storage of hydrogen or being able to be part of future European projects in the field of microprocessors. A support for the business environment, including for German investors, is Romania’s accession to the Schengen Area: “The recent message of support from Chancellor Olaf Scholz confirms that we are ready to take this new important step of integration into the European project, which offers our citizens the benefits of a developed single market, in which the free movement of people, goods and services is an engine of development,” said Ciucă.

The Ambassador of the Federal Republic of Germany in Romania, Dr. Peer Gebauer, noted the important role played by AHK Romania in the success story of the economic relations between the two states:

“Congratulations for the 20 years of extraordinary activity here in Romania, both for the benefit of the Germans , as well as of the Romanian economy”, said the ambassador at the opening of his speech. In addition to the already existing German investments in Romania, which have created over a quarter of a million jobs, other large investments are to be made by German companies. This objective is also supported by the involvement of companies in professional training activities. “It can rightly be said that the German economy is a model partner in Romania,” said Dr. Peer Gebauer. On the other hand, the support given to Ukraine by Romania in the context of the war on its borders proved that Romania is a reliable partner.

“And this seriousness is not only abstractly appreciated in Berlin or other European capitals. The recent declaration of support for Romania’s accession to the Schengen area from Chancellor Scholz is a clear proof of this and at the same time it is the expression of the conviction that in times of crisis we should not allow ourselves to be divided, but on the contrary, to join ranks”, he said the German ambassador in Bucharest.

The 20th anniversary of AHK Romania was for Volker Treier, head of the Foreign Trade Department of the Union of German Chambers of Commerce and Industry (DIHK), a good opportunity to recall the atmosphere of the 2000s in Europe, when the general feeling that it was better together than apart:

“For the enlargement of the European Union the economy has always been an essential driver and connecting element. The establishment of German representative offices, delegations and chambers of commerce abroad (AHKs) in the Central and Southern European region is closely linked to the relentless campaign to eliminate trade barriers and intensify economic integration.” He also made a retrospective of the achievements of AHK Romania: from commercial exchanges worth EUR 4.5 billion in 2002, the year of establishment, to EUR 17.9 billion, after the first 10 years of activity, which means an increase four times. And in 2021, the volume of trade had increased almost eight times compared to 2002.

Among the achievements of AHK Romania’s 20 years of activity is the fact that Germany is now Romania’s main economic partner, with commercial exchanges worth EUR 35 billion and investments of EUR 11 billion, as mentioned by the president of AHK Romania , Andreas Lier. He listed the main areas on which AHK’s activity is focused: vocational training; sustainability, i.e. energy efficiency, renewable energies, waste management, urban development; Court of Arbitration, as an alternative to the usual judicial procedure; the innovation. In the complicated global economic context, Andreas Lier looks optimistically towards the future, taking as assets the people, the performing companies, but also the energy vector (both green and fossil): “Let’s play the cards together, for a strong Romania in a Europe strong and progressive,” he urged.

“We are a large and strong community, with common values ​​and principles in life and in our profession, as evidenced by the fact that today we are celebrating 20 years of presence in Romania”, said the general director of AHK Romania, Sebastian Metz, at the opening of the celebration. He added that in the 20 years AHK Romania has built “with and for the business community” a space in which bilateral economic relations have developed extraordinarily dynamically. The central element around which AHK’s activities have focused and continue to focus is sustainability.

“This is the only way business relationships can grow healthy and long-term. That is why we have chosen sustainability as the theme for the anniversary year 2022 and we are organizing numerous events on this topic during this year”, said Metz.

AHK Romania is the official representation of the German economy and also the largest bilateral Chamber of Commerce in Romania. Established in 2002, AHK has more than 550 member companies and offers companies an important platform for networking, information exchange and experiences. Through the services it offers and through the events it organizes, AHK Romania actively supports German companies when they enter the Romanian market and is also a partner of Romanian companies interested in the German market. 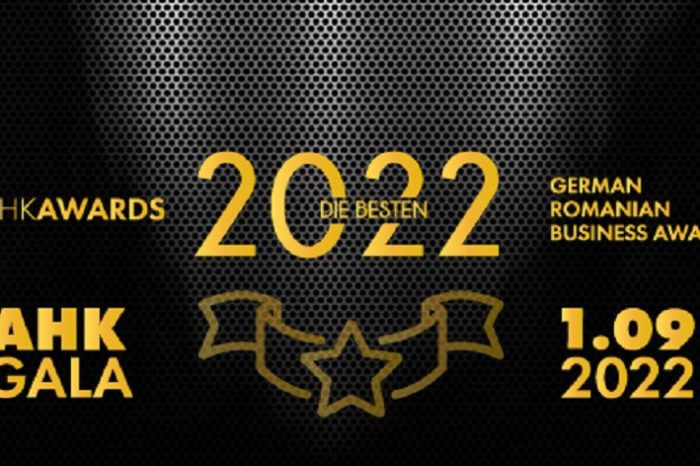 AHK Romania announces the finalists of the business excellence competition 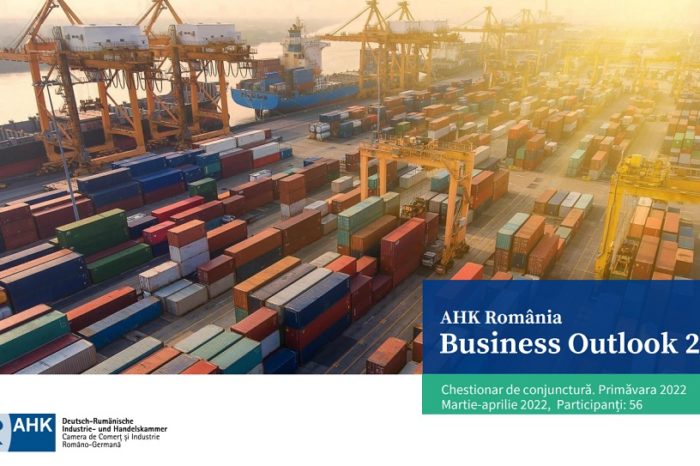 AHK Business Outlook, Spring 2022: The current business situation is good, but the economic outlook is at an all-time low 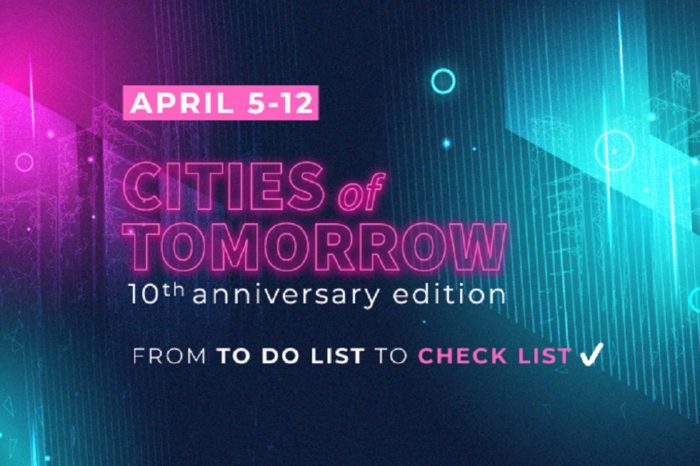 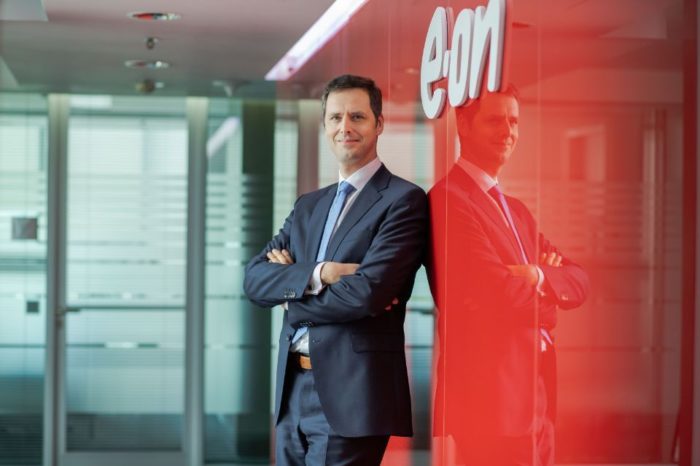 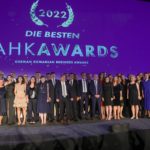