Colliers: 2021 is shaping up to be one of the best years for the Romanian land market

The land market remained active in the first half of 2021 in terms of buying intentions, continuing last year’s trends and setting out a good outlook for the rest of the year, even though some transactions might not close in 2021 due to pre-conditions in the signed contracts, mostly related to zoning, reveals Colliers in its market report on the evolution of the real estate market in the first semester of 2021. Overall, in terms of secured deals, including both closed deals and those signed with conditions precedent pending, Colliers consultants estimate that 2021 is shaping up to be one of the best years since the 2008 recession. Retailers and residential developers are as active as ever, while fewer of those expecting more clarity on their revenue stream (notably office and hotel sectors) remain on the sidelines.  Definitely, there is generally a feeling of optimism about the Romanian economy for the next several years.

Supply remains adequate, from various categories of sellers, but there are some changes. For instance, JVs are much more prevalent as fewer developers, particularly on the residential side, want to take all the risk of a new project alone. An important aspect impacting the supply as well as the near-term outlook is related to the uncertainties regarding urban development. Amid a change in political administration and direction in many cities, there have been some blockages, like  naming chief architects in certain cities or freezing the zonal urban plans in 5 sectors in Bucharest. Nevertheless, things are moving for the better/towards more clarity in most cities, except for Bucharest, where progress is slow and leading to a cloudier outlook for the land market in the upcoming months.

“So far, 2021 has seen few major closings, but this does not at all highlight a shallow demand, as buyers are simply waiting on clarity aspects like zoning or authorizations. In most cases, prices have been pretty stable compared to the last 1-2 years, though for the very good locations, a premium is usually paid to secure the best plots. Also, we have seen some big platforms which were sold last year being resold now in 2021 for much higher prices, but we would not call this a new trend, but rather an interesting exception”, says Sînziana Oprea, Director Land Agency at Colliers.

In the first half of the year, retail developers had the greatest appetite for land acquisition and were much more active outside the Capital. Colliers consultants observed interest from a wide category of buyers, from various big box developers (stand-alone hypermarkets/supermarkets, DIY, sportswear etc.) to different types of retail park developers, from larger schemes to strip malls for small cities or fast-growing residential areas in big cities.

“It is noteworthy that arguably the most dynamic retail segments are those not tied to the booming e-commerce scene (mostly from the lower end of the price range of goods or from smaller cities). Given how fast things are moving on the retail side, we note that some dormant investors are returning to the market, while some are just entering the market as they look for diversification of their future projects. On the residential side, past trends are still holding water and there is a lot of interest from different types of buyers which seek to capture the attractive returns, though the market is becoming a lot more crowded. On the flipside, there is a fairly wide range of types of sought-after land plots, from smaller plots in central areas (for more upscale projects) to former industrial platforms (for higher density projects, mostly mixed-use) and larger plots on the periphery or outside the city (for low density projects, including housing)”, explains Sînziana Oprea.

While most interest for residential is tied to Bucharest, there is growing appetite in the dynamic regional cities for this sector. Large investors, including institutional ones, seek for mixed-use schemes outside Bucharest, mostly for the residential-retail mix. At the same time, some local investors from different parts of the country are entering the attractive Bucharest residential market, with a lot of them seeking JVs to minimize their risks.

On the office side, even though the segment is far from its peak vacancy amid the post-pandemic labour market realities, mostly tied to the hybrid work regime, there is a thawing of some sort. The “build-and-sell” developers active here are starting to look for new projects in Bucharest, particularly in very good positions. Furthermore, some are starting to think that by the time they finalize a project in 3-4 years – buying a land plot, getting all the necessary approvals, effectively building it, the office scene in Bucharest will most likely have stabilized and started growing again. 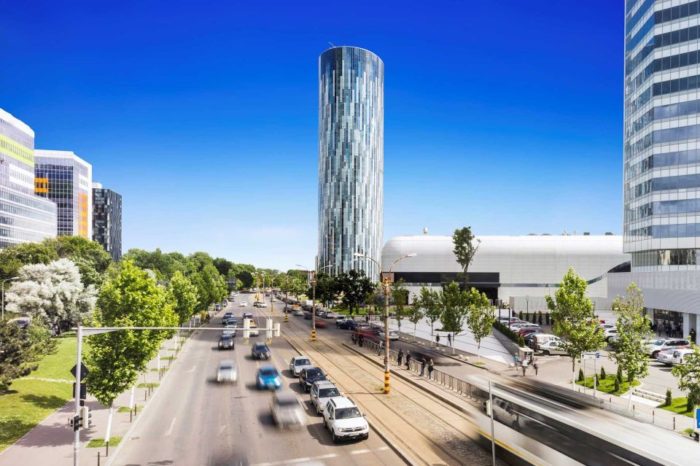 Colliers: 2021 is shaping up to be one of the best years for the Romanian land market