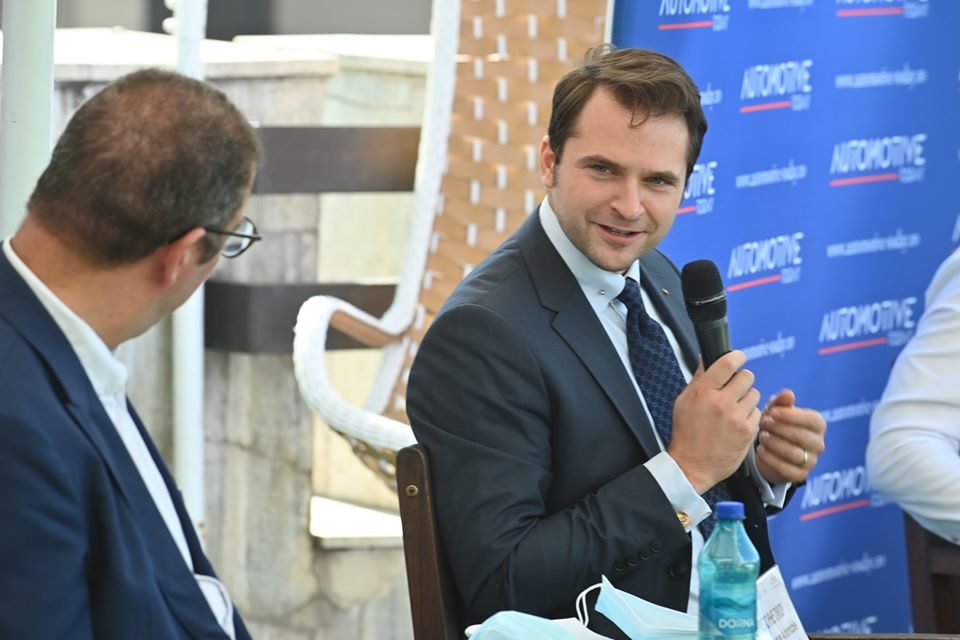 “The fact that in the worst crisis in recent decades Romania has invested record amounts in infrastructure is proof that the investment pedal must not be slowed down for a second. All ongoing projects are important, especially since they come after years of blockages and delays, in which files were ridden between various institutions, countless projects were started and abandoned, without any prioritization and without a clear logic,” Sebastian Burduja, State Secretary, Ministry of Public Finance, told The Diplomat-Bucharest.

“Any plan for Romania and the economic development that we all want must be based on strategic directions, which will allow the capitalization of the country’s potential and channel all the latent or non-latent energies of the nation, taking into account the specifics of our history. (..) Romania must adopt an attitude based on identifying new, creative, and transformative solutions, with an impact of 10x. In fact, history has taught us to be inventive and to make the most out of opportunities and the few resources available.”

You recently stated that Romania has invested 22 billion RON in infrastructure projects in the first eight months of the year, “an absolute record for the last 10 years”. What are, in your opinion, the most important ongoing projects for Romania?

Romania quickly needed a paradigm shift in the model of economic growth, to quickly break out of the captivity of pro-cyclical measures and to build a productive model, based on investment, competitiveness, technological transformation, and digitalization. The rules of the free (and liberal) economy are simple: you cannot spend if you do not produce. You cannot give if you do not have one.

Therefore, the fact that in the worst crisis in recent decades Romania has invested record amounts in infrastructure is proof that the investment pedal must not be slowed down for a second. All ongoing projects are important, especially since they come after years of blockages and delays, in which files were ridden between various institutions, countless projects were started and abandoned, without any prioritization and without a clear logic.

The government I belong to has tried since day one to unblock these infrastructure sites, and from this perspective the first section of the Sibiu-Pitești highway, the one between Sibiu and Boița, is the most representative. We started with this example because it is essential for Romania: the Sibiu-Pitești highway is part of the primary trans-European transport network (TEN-T, Core Network), and in April this year the European Court of Auditors found that Romania ranks last in the European Union in terms of the perceived quality of road infrastructure and has significant delays in its contribution to the development of TEN-T.

The results of the Government’s awareness of the importance and prioritization of this project are already visible: the first kilometres of the A1 Sibiu-Pitești highway are under construction, and the progress on the construction site started in March 2020 is substantial. In just six months it reached about 20%, although the contractual term is 3 years for execution.

Another relevant infrastructure work for Romania’s connection to the trans-European transport network is the Biharia-Borș section of the A3 motorway. It is part of the extended TEN-T (Comprehensive Network) and connects directly to the M4 motorway and further with the M35 in Hungary. With its inauguration, a new border crossing point will be opened, Borș 2. Another significant aspect of the project is the builder of the highway segment, a local company that managed to complete the work before the contract deadline.

At the same time, I would mention the works on the current ring road of the Capital, which have the capacity to considerably increase the average speed of travel and to contribute decisively to the decongestion of traffic in Bucharest. Currently, work is underway on five passages, four of which will be suspended roundabouts, but also on widening to two lanes each for about 18 km.

In parallel, the first construction site of the A0 ring highway was opened, which should take over the bulk of Bucharest’s transit traffic. Work has already started 1.7 km from the first 16 km lot.

Connecting Oltenia to Romania’s modern transport infrastructure is also extremely beneficial for the communities in the southwest of the country, in the context in which the southwest of the country is currently one of the least attractive regions in the country for investors. In 2017, only 3.2% of foreign direct investments in Romania went to Oltenia, although over 10% of Romania’s population lives there. Therefore, but also in view of Romania’s commitments to strategic investors in the Oltenia area, the DX12 Craiova-Pitești expressway must be considered a priority and, at present, the works are advancing on sections 1 and 2 (approximately 55.7 km) between Craiova and Slatina. The mobilization of the builders is commendable, and the results are visible: the high-speed road has begun to take shape.

As proof of the Government’s inclination towards large infrastructure projects, which are essential for Romania’s development in the medium and long term, in the last 10 months 25 kilometres of highway were opened to traffic, 54 kilometres are being worked on, 26 kilometres are under contracts signed design and execution, 30 kilometres in the appeal stage and 67 kilometres in the public procurement procedure.

What are the strategic directions that Romania must follow for a healthy economic development?

We have been talking about reforms and restarts for years. The same is said about “country projects”, a phrase that no longer impresses anyone, because it was abused in every way, with few concrete results. Sometimes only theoretically, only ideologically, often without a clear plan. We fumbled for three decades through the fog of a transition that turned out to be much longer than it needed to be. It is time to clarify our horizons and act with precision, without stuttering and without detours. Any plan for Romania and the economic development that we all want must be based on strategic directions, which will allow the capitalization of the country’s potential and channel all the latent or non-latent energies of the nation, taking into account the specifics of our history. I have identified four such strategic directions, which I have addressed at length and in the book I recently launched at Litera Publishing House, “The Plan for Romania. 7 intellectual revolutions for a country we want to stay in”.

The first strategic direction is innovation. If society focuses on this area, Romania can gain an essential competitive advantage for the world of the future and can become a regional leader and, why not, of the entire civilized world. Therefore, in everything and in everything, Romania must adopt an attitude based on identifying new, creative, and transformative solutions, with an impact of 10x. In fact, history has taught us to be inventive and to make the most of opportunities and the few resources available. I think first of all of the decisive moments for the creation of the Romanian unitary national state: The Union of the Principalities from January 1859; State independence from 1877 and Union from 1918. It is time to restart the energies of that time.

Green Romania responds to a huge and normal expectation from Romanians to live in a state that cares for the environment and natural heritage (the theme of protecting our forests has been a constant requirement of public opinion for many years) and is the basis of a sustainable economic developments. This strategic direction is perfectly aligned with Romania’s European path and congruent with current global needs, in the context of the persistent ecological and climate crisis. The ambitious European Green Deal is the keystone of the future development of the Union, and Romania’s accession to this pact gives our country the chance to become a leader in efforts to move to a circular economy, reduce pollution and promote biodiversity. This transition offers many opportunities for economic development.

This point is related to your first question. A country can only develop if it connects its people to opportunities. People, capital, and their ideas must circulate as quickly as possible, without obstacles. So, we need massive investments in connectivity infrastructure. Public funds must be directed with priority in this area, as shown by the National Plan for Investment and Economic Recovery, launched by the Government in July. Connected Romania needs two key elements: prioritization and public investment management.

We have seen in recent months what an import-dependent state means. In health, in agriculture and in everything necessary for a decent living for people. The last few months have also shown us that it is not impossible to reinvent ourselves. Dozens, maybe hundreds of Romanian companies have started to produce masks, visors, coveralls, disinfectant, etc. Therefore, reducing dependence on imports, which has become a matter of national security in the context of the coronavirus pandemic, is a necessity and an essential strategic direction for the health of the Romanian economy. Since the early 1990s, Romania has faced three serious macroeconomic imbalances: the current account deficit, the budget deficit and rampant inflation. If the last of these has been eliminated, only after we have managed to eliminate the other two will we be able to say that the transition is over and that we have laid the foundations for a healthy long-term economic development.

What are the projects that the Government will carry out in partnership with the Bucharest City Hall, in the context of electing a new administration?

Given the principles of decentralization and subsidiarity, the Government will be directly involved in achieving those objectives that can only be achieved with the involvement of the Government, such as the surface metro, the two bypasses of Bucharest, the existing one and A0, about which we have already spoken, or the green belt of the Capital. The district heating system may also require national support.

At the same time, the Government aims to provide constant support to the new administration by promptly issuing, by the institutions under its subordination, the necessary approvals and authorizations to carry out all useful projects for Bucharest residents started by local authorities.

How can Romania increase its productivity in a year 2021 that promises to be difficult from the perspective of the budget deficit?

The best solutions to reach the desired result are endogenous innovation (generated in our country, in Romania) and accelerated digitization.

In this regard, Paul Romer, awarded the Nobel Prize for the proposed economic model, said that investment in human capital, innovation and science are the key factors that ensure economic growth in the medium and long term. Unfortunately, we start – again – very low. In terms of innovation, we are at the bottom of the European ranking. According to the European Commission’s country report, published in February 2020, Romania’s investment in research and development is the lowest in the EU – 0.5% of GDP, compared to a Union average of more than four times higher: 2.12% of GDP. As such, it would be essential for that budget deficit, which is still inevitable, to finance this gap and infrastructure investments that cannot be financed from European funds.

The “Rebuild Romania” program shows that the Government finally understands the importance of innovation to generate the leap in development we need to become competitive in the era of the 4.0 industrial revolution. This program proposes several measures in order to achieve this goal: grants for innovation and digitization of business models; financing innovative start-ups where they matter, in the early stages of development; digital education programs for entrepreneurs; networks of charging stations for electric vehicles; grants for economic reconversion to high value-added fields (nanotechnology, creative industries, etc.).

All these aim to exploit the immense potential of Romania and to turn the crisis generated by the coronavirus pandemic into an opportunity to put our country definitively on the path of development. 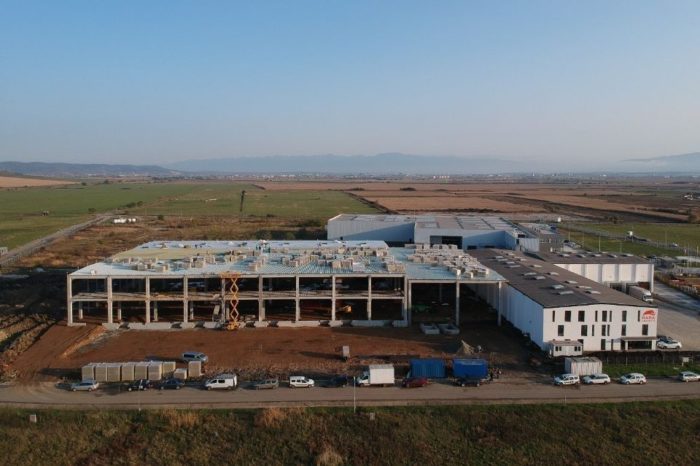 OTP Bank granted one of the largest financing through the SME Invest program: 8.9 million RON for logistics operator Rara Invest 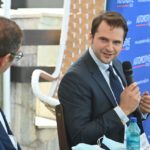