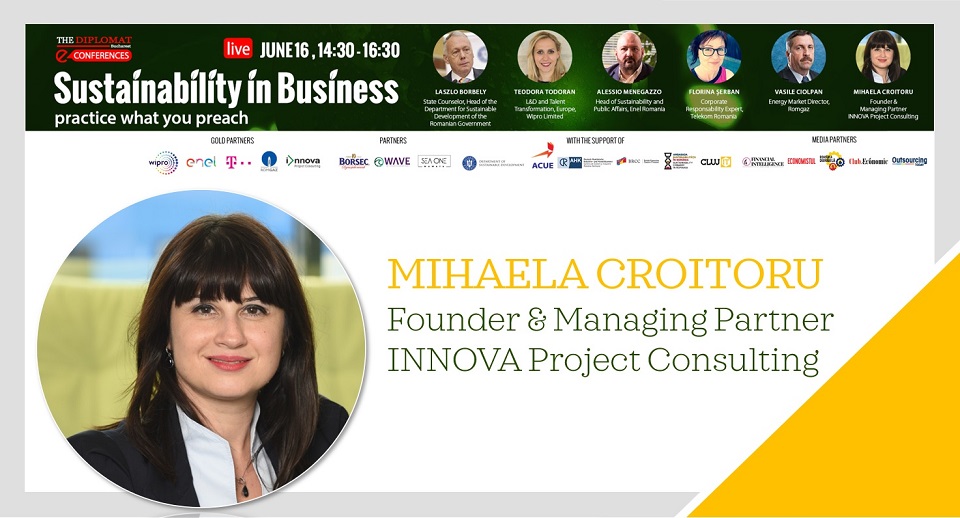 In the opinion of EC, the Directive 2014/95 will play a significant role in scaling the sustainable finance by increasing the transparency level of the companies. This legislative framework has produced its effects, but the EC considers the results are not satisfactory or enough in order to significantly contribute to the achievement of the European Green Deal objectives. For this reason, in the first part of the year, the EC organized a public consultation for identifying the necessary revisions of the non-financial reporting directive,” stated MIHAELA CROITORU, Founder & Managing Partner INNOVA Project Consulting and added:

“The Commission ruled out several other consultation s and research projects, such as the analysis of non-financial reports of the largest companies in each EU state member, including Romania. Following these analysis, the EC delivered several conclusions: the quality of reported information doesn’t allow a sufficient understanding and impact’s scale on society and environment; the companies supports additional costs regarding in delivering the non-financial reporting,  as result of different legislative regulations imposed at the level of different industries. Not the last, the reporting lack in producing the sustainability risk at the level of company, society or environment.”

In this respect, the European Commission plans to produce and publish a common reporting methodology for all EU countries.

The statement has been uttered within today’s e-conference dedicated to SUSTAINABILITY IN BUSINESS – Practice what you Preach.

The e-conferences, powered by The Diplomat-Bucharest, are a brand new media product, designed to deliver easy and fast, directly to the core audience, the valuable insights of senior figures, experts and the most known specialists in the strategic industries, to discuss some of the most pressing aspects in today’s economy landscape. 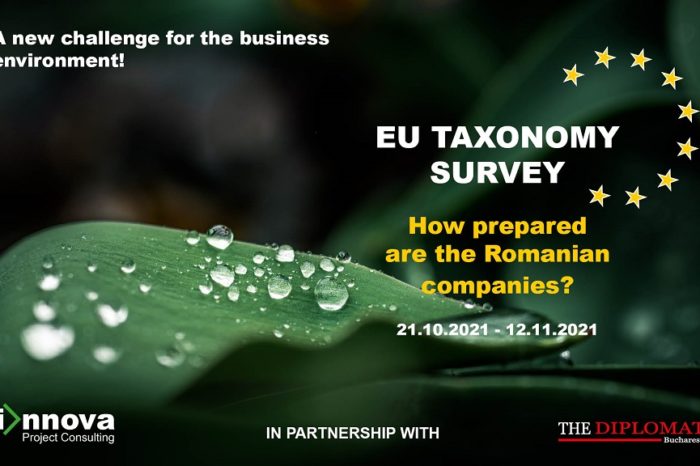 European taxonomy – a new challenge for the business environment – SURVEY 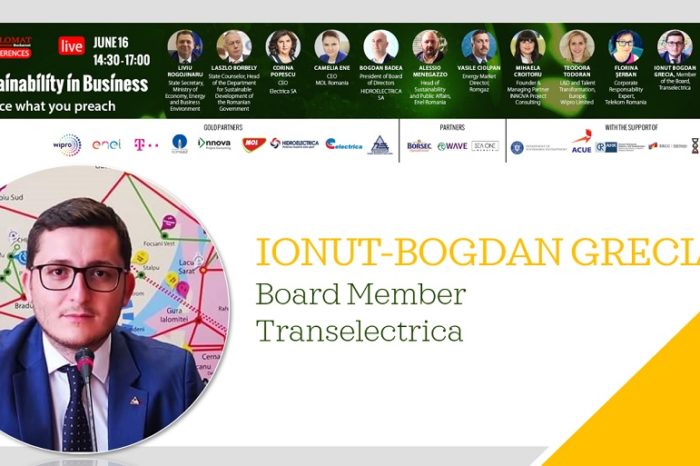 SUSTAINABILITY IN BUSINESS, IONUT-BOGDAN GRECIA, Board Member Transelectrica: Romanian companies must build on the good practices already existing at the level of European Union 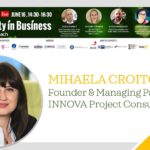