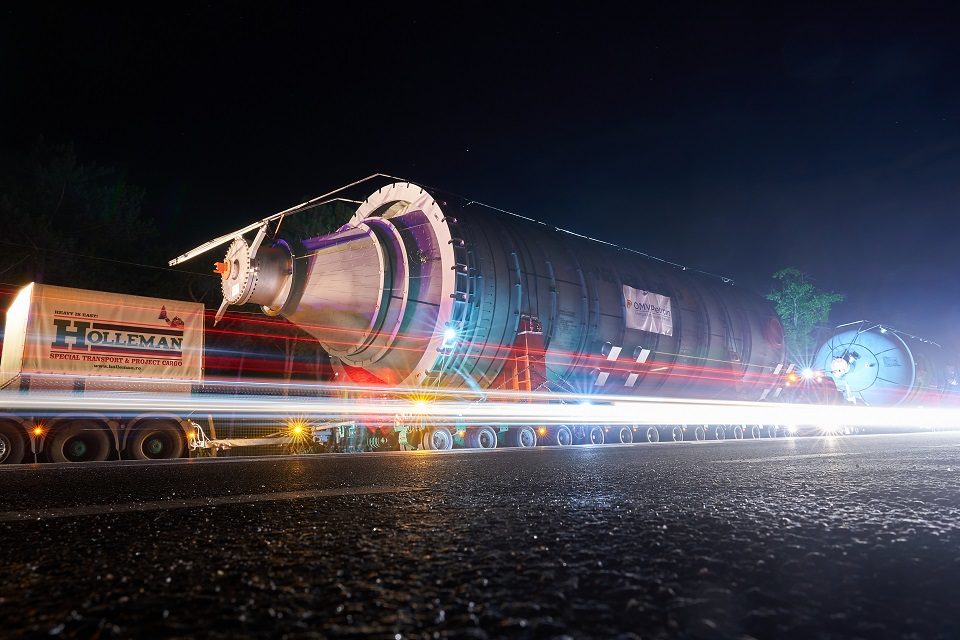 OMV Petrom has successfully completed the transport of four coke chambers to the Petrobrazi refinery. They will be operational in 2023 and will replace those in operation since 1989. The project to replace the cameras was initiated in 2020. So far, about 25 million Euro have been invested. The total investment for the replacement of coke chambers is 70 million Euro.

Radu Caprau, member of the OMV Petrom directorate responsible for the refining and marketing activity: “The replacement of the coke chambers is an essential project for the Petrobrazi refinery. Our investment in this project will improve the efficiency and safety of our operations. The coke chambers will be replaced during the two-month overhaul planned for the first half of 2023.”

Coke chambers have an essential role in the refining process, ensuring, at high temperatures, the transformation of heavy components into superior products. The weight of a coke chamber is almost 200 tons, the diameter is about 6 meters, and the height is about 30 meters. They were produced in Romania, in Bucharest.

To the refinery, the two convoys traveled a distance of 150 kilometers. The transports were carried out within 66 hours and required several logistical and administrative operations to facilitate safe crossing through roundabouts, under road bridges or over electrified railway lines.

Petrobrazi refinery has a total crude oil processing capacity of 4.5 million tons per year. Since 2005, OMV Petrom has invested over 1.8 billion euros in the Petrobrazi refinery, a third of this investment contributing to the reduction of the impact on the environment. 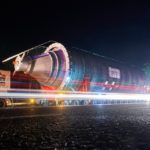