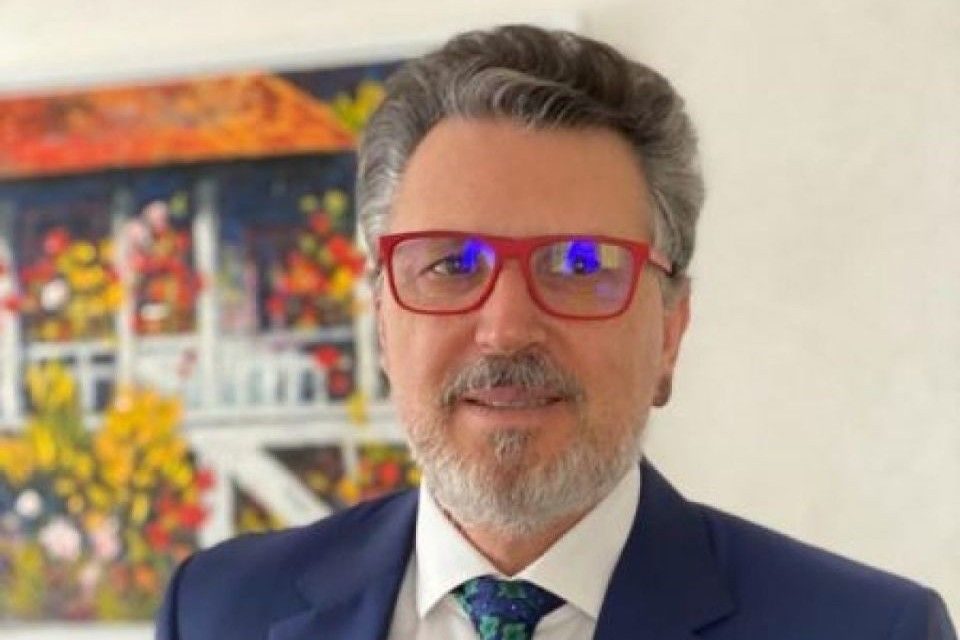 Organized on November 25, 2021, by CNR-CME in partnership with FEL Romania (CNR-CME Youth Program), the Conference “Hydrogen – A sustainable solution for the energy transition to achieving climate neutrality” takes place in the context of implementation of the Paris COP 21 Agreement on the Reduction of Greenhouse Gas Emissions by 2050, an important goal of the European and global energy community. Under the Agreement, all EU member states must develop Action Plans and Strategies for the implementation of the objectives of the European Commission’s Communication, the European Green Pact, and the FIT for 55 package.

In this context, hydrogen could play a key role in strengthening Romania’s energy security by aligning the national energy mix with new European trends. The participants in the conference initiated a dialogue between the main parties involved, in order to identify the concerns in the field and the best actions to be proposed for the Action Plan and to achieve Romania’s Strategy in this regard.

Iulian Iancu (photo), president of CNR – CME and host of the opening session of the conference, said: “Hydrogen will become the future of energy sources in the coming decades. Hydrogen has been considered a sensitive subject for many years and is the surprise of our generation. It is not a raw material such as oil, gas, or coal, but rather an energy carrier and has a holistic approach. It is the element No. 1 of Mendeleev’s table and is found in 90% of the molecules of living things on earth. Hydrogen has now returned after the energy crisis of 1970. It is a form of energy that does not affect the ecosystem and does not pollute. We are facing challenges, but there are also opportunities. In this landscape, Romania can promote hydrogen in many areas and in many ways. It must find itself with an assumed volume of investments in all levels of the value chain. Today, hydrogen is seen as a solution for production, storage, transport in decarbonization processes and is expected to represent 20-22% of energy carriers by 2050. Romania has the opportunity to be found in Europe as a key factor at European level in hydrogen production and can be a hub for hydrogen. “

In his speech, Dan Dragos Dragan, Secretary of State in the Ministry of Energy, said: “Romania has assumed that by 2032 it will give up coal sources. The PNIESC program is to be updated in 2022, and hydrogen will have an important place. The development of hydrogen production and use for fuel cells is in the attention of the Ministry of Energy, and current projects will be prepared for the use of natural gas mixed with hydrogen. A new technology department and a working group have been set up at the ministry to promote the use of hydrogen. At the level of 2023, we plan to approve the regulatory framework on hydrogen, correlated with the Strategy that will be created in this regard. The PNNR includes an investment for 2000 km of pipelines that can be used to transport hydrogen. New power plants must be prepared for the use of the hydrogen mixture. Transgaz has several ongoing projects to inject hydrogen into the gas transmission network. Hydrogen is produced and consumed, there is a strong interest from investors in hydrogen solutions, and primary and secondary hydrogen legislation needs to be updated. ”

Alexandru Floristean, Hydrogen Europe, Intelligence Department Manager, mentions that hydrogen technology is essential for decarbonization programs and emphasizes: “The global energy system is undergoing fundamental reconstruction. We are in the third stage of industrial development, in which renewable energy sources and hydrogen will be essential. On June 30, 2021, the “birth certificate” of hydrogen was issued in Europe, through the concept of climate neutrality. Hydrogen will have an important share in all industrial fields. The implementation of strategies is essential for the production and use of hydrogen, and for the achievement of the objectives an adequate financing is necessary ”.

Petru Rușeț – CEO of Siemens Energy shows: “Raw materials are now under significant pressure and determine delivery times. The main instrument for decarbonisation is the price of the emission certificate. Siemens has managed to certify solutions for hydrogen projects. The Siemens target is 100% for the use of hydrogen in power plants ”.

Continuing the discussions, Andreas Lier, President of AHK – Romania – Germany Chamber of Commerce, highlights: “Hydrogen is a sustainable solution for the energy transition and also an essential energy vector for the decarbonization of the industry. Romania urgently needs to develop a hydrogen strategy. It is very important to achieve a competitive price of hydrogen. The goal is to electrify the green energy economy. The color classification of hydrogen production does not provide a clear characterization of it. BASF produces large amounts of hydrogen, but uses high-CO2 technology, so solutions are being developed to significantly reduce CO2 emissions. The chemical industry can produce “clean” hydrogen.

Gyorgy Szilagyi, director of the New Solutions and Projects Department, E.ON, states that current energy prices can make hydrogen competitive and says: “Romania has the advantage of a wide system of gas pipelines that can be used to transport hydrogen. All economic sectors can benefit from hydrogen production, as it can solve congestion problems in electricity networks. Delgaz is ready to transport 20% hydrogen mixtures, and E.ON is ready to be a partner throughout the hydrogen technology chain. In fact, the E.ON Group has more than 50 projects in different stages of development, some of which are in the implementation stage. It is currently possible to transfer and use a mixture of 20% hydrogen, and the barriers from the transition of gas pipelines to a mixture of hydrogen can be overcome. Technologies for transferring mixtures with 20% hydrogen are to be tested in Romania as well. The current projects become competitive if there is also financial support ”.

Zoltan Nagy-Bege – ANRE vice-president says: “Hydrogen is being talked about worldwide as a possible alternative fuel. There are projects that allow validation and there are projects on the use of hydrogen mixtures in the field of energy production “

The panel discussion in the second part of the Conference was moderated by Catalin Stancu, senior associate expert, Horvath & Partners, who highlighted the importance of the conference theme and stressed that “Hydrogen is a topic in the top concerns of the energy industry and not only, if we think to what the energy transition means, defined at the end of 2019 by the Green Deal. On July 8, 2020, the Hydrogen Strategy in Europe was launched, a strategy that establishes a central role for clean hydrogen in the energy transition, from a sizable economy to the desire and goal of zero emissions by 2050. a range of issues related to very high costs, up to issues related to operational safety or medium and long distance transport safety ”.

Cristina Badica – director of the European Financing Department, RomCapital Invest appreciates that “The transition to green hydrogen seems sudden and difficult to do. It is a time of analysis of the necessary funding, but we do not yet have a strategy for implementing the policy. The countries around us already have hydrogen strategies “, and Ioan Iordache – AEHR executive director and researcher at ICSI Râmnicu Vâlcea says:” The colors affected by hydrogen are not clear and the notion of low carbon hydrogen is preferred. But without people who are good at hydrogen, we will not have viable plans. Specialized human resources are the most important for the implementation of projects “

In his turn, Razvan Grecu – director of the Strategy and Market Studies Department, ENGIE, states that “The EU Strategy must be taken as a programmatic document. The plans are ambitious, but both the costs and the resources available must be considered. Hydrogen cannot be viewed in isolation from other low CO2 gas solutions. The hydrogen strategy needs to be integrated into more general strategies for the development of the energy sector. The development of hydrogen technologies is driven by decarbonization conditions. Sources of funding are essential to achieving the targets, and they must be realistic. “

Elisabeta Ghidiu, Transgaz Strategy Director mentions: “There are very clear objectives for the transport of hydrogen in pipelines and there are concrete steps for the development of research activities in the field. We must be at the table of discussions all those interested in carrying out the hydrogen strategy. The road to hydrogen must pass through methane gas. Transgaz is working on hydrogen injection projects in the gas pipelines ”.

Georgian Albu, general manager – FEL Romania, states that “Romania can be sized as a hydrogen hub. The gas transfer corridors for hydrogen transport must be designed. “

Two important conclusions were noted: the conference highlighted the fact that the strategy for achieving zero greenhouse gas emissions by 2050 envisages investments of $ 700 billion over the next decade, of which $ 300 billion for production, 200 billion for transport and distribution and 200 billion for end use. It was also pointed out that the threshold of EUR 71 / emission certificate has already been reached and the threshold of EUR 100 / emission certificate will be reached very soon.

The general conclusion of the event organized by CNR-CME on hydrogen, as a sustainable solution for the energy transition in Romania, is that there is a need for collaboration, communication and involvement of all stakeholders and authorities to achieve this goal. 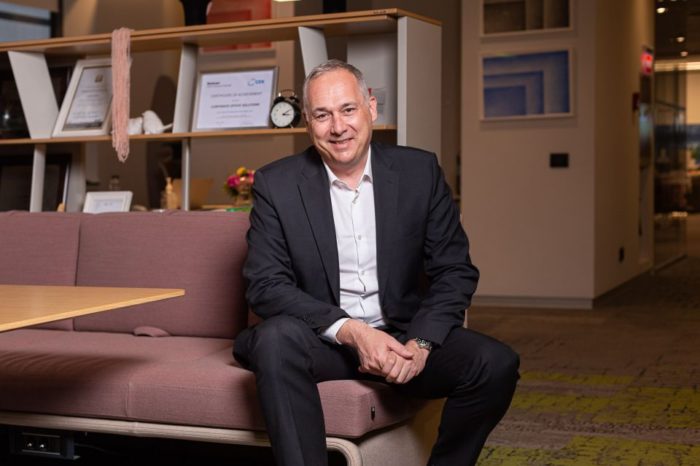 COS expands its main office in Bucharest to 3,000 sqm, relocates to the new MIRO office building 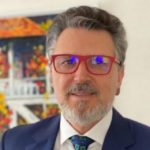