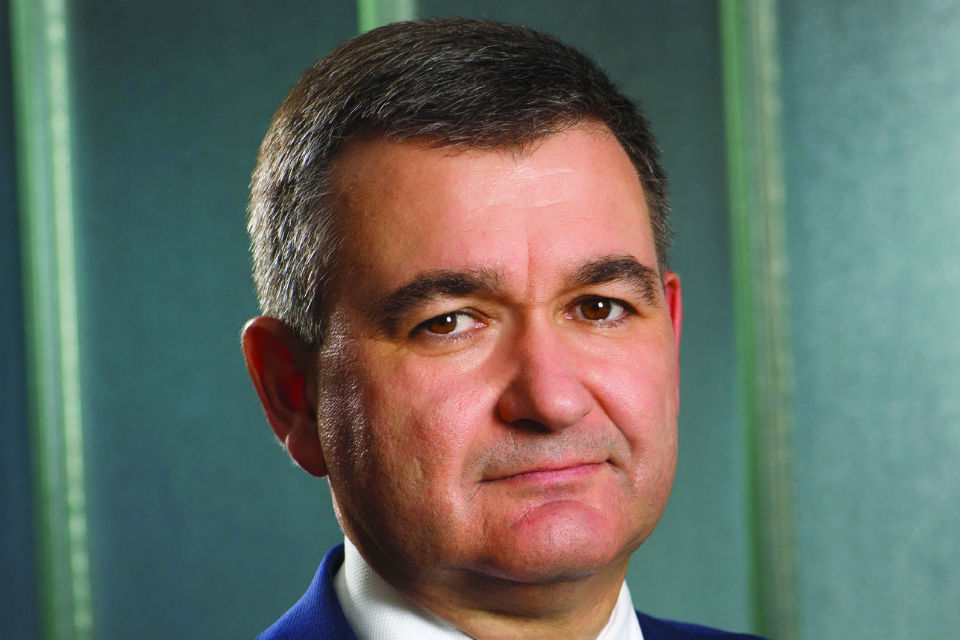 Mirela Gavra had a great idea, to precede the Energy Excellence Awards ceremony with a discussion of CEOs about the perspectives of the Romanian energy sector.

No press, no “manifesto”, no advocacy towards media and authorities. Just a debate and an exchange of ideas, looking forward. Describing the EU trends, the new EU legislation, the expected impact on the Romanian legislation and policies (not politics…), the way the economic agents in the sector are expected to behave, to adapt, to transform. It is the right time – when information about financial results of the last year becomes public, when the echoes of business decisions made last year become visible, when announced intentions to realize transactions can be judged by the concrete steps undertaken.  Recommendations from boards of directors and shareholders towards executives are fresh in the mind, and the CEOs can debate about the landscape in which they have to act to reach the freshly formulated/updated strategic objectives.

Easier job for the Jury – sufficient time to see effects and analyze in a relaxed manner the candidate projects. On the other side, a great opportunity to hear from leading CEOs about what will be characteristic for the 2019 business year and to think about new categories of awards for the 2020 edition of the awards gala. Since its establishment, the Energy Awards jury has strived to signal to the business community and the public the trends in the Romanian energy sector by means of new categories of awards that rewarded the most innovative and transformational moves: “energy storage initiative of the year”, “e-mobility project of the year”, “customer oriented initiative of the year”, “NGO of the year” are just examples of awards by which the jury tried to enhance the most significant transformational initiatives in the Romanian energy sector. The CEO debate will also help the attendance of the awards gala to assess the merits of the nominated and awarded candidates on the background of the most prominent trends in the business environment.

Nothing about the “historical accident” called “OUG 114/2018”… It is debated daily, new and new consequences are discovered and enhanced by analysts and executives. The gala is about awards for achievements, the CEO Forum is about the future, about innovation, transformation, progress…

Still, one should expect some pinpointing of the structural problems of the Romanian energy sector, that require swift definition of solutions, including strategy text, legislation and regulation that would create the environment for investment and transformation decisions.

Take for example the increase of the wholesale electricity prices in Romania. The Romanian wholesale electricity market is atypical – Romania is not synchronously connected to Eastern neighbors and the interconnection capacity to ENTSO-E neighbors is limited. The ratio offer-demand (production – consumption/off-take) in Romania dictates the trend of the forward market prices in the country. The market has been designed for a large generation overcapacity, with strong competition pressure that would keep prices down – a “perfectly functioning market” was considered sufficient. But the present situation is totally different and the intervention of the state for capping some prices is not surprising. The actual manner of intervention is problematic, but price capping for generators with important market share has been seen in more mature markets in some historical moments. The Romanian Day Ahead Market (on which a way too large amount of energy is still traded) rewards all generators with the Market Closing Price fixed by the marginal generator – usually the lignite fired thermal power generator, subject of the obligation to pay the right to emit greenhouse gases. This way, the Romanian economy and households become price takers of the EU ETS market, where the EU strive for decarbonization pushes prices up aiming to take out of the market the alikes of the Romanian marginal generator… This also pushes up the difference between the generation costs of Hidroelectrica or Nuclearelectrica and the Day Ahead Market Closing Price. This phenomenon brings back the issue of the “Hydro Rent” discussed back in 2000-2004 prior to adopting the new market mechanisms. At this moment, the Hydro Rent is collected by the state in the form of Hidroelectrica dividends and most likely not returned to the energy sector, which is in desperate need of investment.

The recent intervention obliging Hidroelectrica and Nuclearelectrica to sell on the wholesale market at regulated bilateral contracts at regulated prices practically diminishes the Hydro Rent and protects households. But the economy will still pay for the lignite fired thermal power generator level of the Market Closing Price… And the remaining Hydro Rent will still end up in the form of dividends…

Considering that the wholesale market mechanisms will not be amended further, one can notice that there are no new sizeable projects expected to bring new MWhs to the wholesale electricity market on medium term, maybe long term. The projects declared as priority in the document entitled National Energy Strategy are not under construction at present, therefore their commissioning is not to happen in the next 5 years. Meanwhile, the existing power generation park in Romania is dominated by obsolete capacities that will have to be withdrawn in the coming years for grounds of technical status and environmental footprint. Therefore, there is not only and issue of sufficient competition, but also an issue of security of supply, enhanced especially in cold winter evenings. Fortunately, the wind blows in our milder winters… Statements have been made about the total figure of over 24000 MW installed being corrected to 16000 MW… Out of which 5000 MW in uncontrollable production from Renewable Energy Sources… In a country that has consumed 9600 MW in winter peak and sometimes has been requested to export 1400 MW at the same time…

The clear question is “what to install instead?” There have been great expectations related to the conventional capacities with the lowest construction time: gas fired (co)generation units (maybe CCGT).

However, one could notice no significant project of such kind in concrete advancement, with the exception of one Romgaz project. Romanian cities need new, re-dimensioned sources of heat for the ailing district heating systems. Industrial consumers would use decentralized cogeneration facilities.

However, the uncertainty and lack of predictability generated by the legislative framework continues to block the private initiative in this domain. There is no possibility to sign long terms bankable bilateral negotiated contracts under terms of the Electricity and Natural Gas Law. Additionally, there is no new cogeneration bonus scheme. It should be made clear that private investors expect state aid schemes to create an investment friendly environment. All these electricity (and heat) market considerations add up to the natural gas market ones, as the Black Sea resources are untapped at this stage while indigenous on-shore reserves are said to head towards depletion in the absence of investment friendly measures for the deep on-shore drilling ventures.

Therefore, no new large power generation projects in development phase. Wholesale electricity prices going up under EU ETS trends. The “bubble” of higher wholesale projects approaches the wholesale customers (pass-through in network operations) and is now on the balance sheets of the suppliers/retailers. With regard to households, probably the “bubble” will be contained in suppliers’ losses for a couple of years, but for economic agents, the retail prices are expected to go up. Therefore, economic agents will be expected to seek for solutions in order to preserve their competitiveness on the EU and global markets of their products.

A global trend indicates that “non-utility” solar PV combined with storage approaches rapidly grid parity – in Europe the tipping point is expected to occur in year 2021. Already in Europe, industrial customers started installing their own distributed energy resources, to secure as much as possible of the energy needed from sources owned and controlled. Of course, integration of such sources with the distribution systems will pose new challenges of control, implying digitalization. The next step could be proliferation of “prosumers”, even if households will be protected for a while with the artificially built regulated tariffs, that might disincentivize individual private initiative. But probably more and more economic agents will become prosumers under pressure of the final electricity prices to be offered by traditional suppliers. This will generate an opportunity for such suppliers to offer services to the end-users: permitting, design, installation, operation, maintenance of such prosumer installations, to compensate for the diminishing of the traditional business.

I said in the past that “Romania is condemned to decentralization”. I would apologize for the word “condemned” – on the contrary, it is a great opportunity. Romania is forced to adopt the EU reform principles at even steeper pace, because of the delay in reforming/renewing the traditional power generation sector. Private initiative, private capital, will flow towards Decentralisation, Decarbonation, Digitalisation. The first signs are visible in the Romanian economy, already. We will also see large wind power projects being developed without any support scheme being required, due to the technological progress taking specific CAPEX down and the perspective of high wholesale electricity prices in the Romanian market.

But all these generate enormous challenges for three important categories of actors in the sector:

The operators of the distribution grids will have a crucial role in the energy sector of the future, being the ones that have to cope with Decentralisation and Digitalisation;

The suppliers of technical solutions will be able to profit of the trends of Digitalisation and Decentralisation;

The lawmakers (primary and secondary legislation) will have to understand and allow this evolution through visionary legislation and regulation;

Of course, two pages of text cannot allow covering all the topics that a panel of CEOs could discuss in the proposed forum. While reports prepared for Eurelectric indicate that “the future is Digital, Decarbonised and Electric” definitely the gas sector representatives will have their say, too, as natural gas is expected to be the transition fuel for the Energy Transformation.

Hopefully the text above can trigger a lively debate, that the readers are warmly invited to join.

(From the print edition) 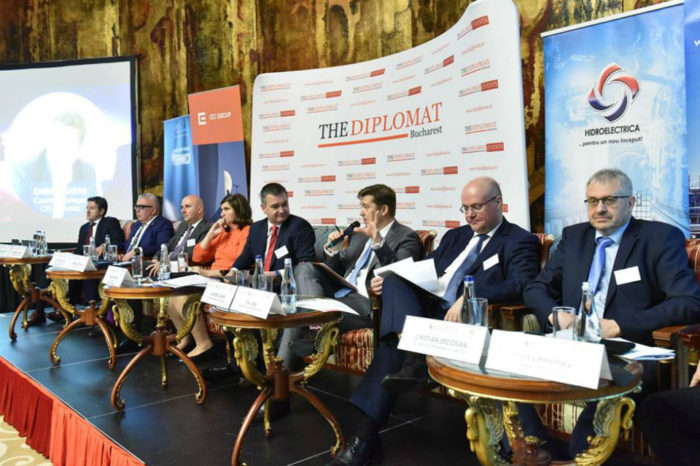 From decarbonisation and digitalization to energy independency, prosumer revolution and energy cloud 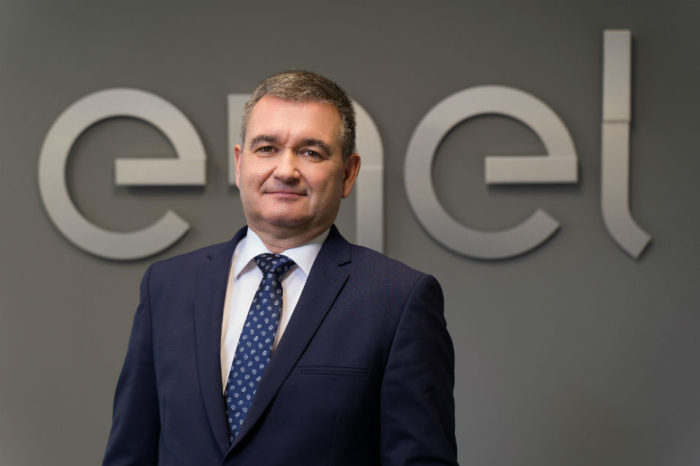 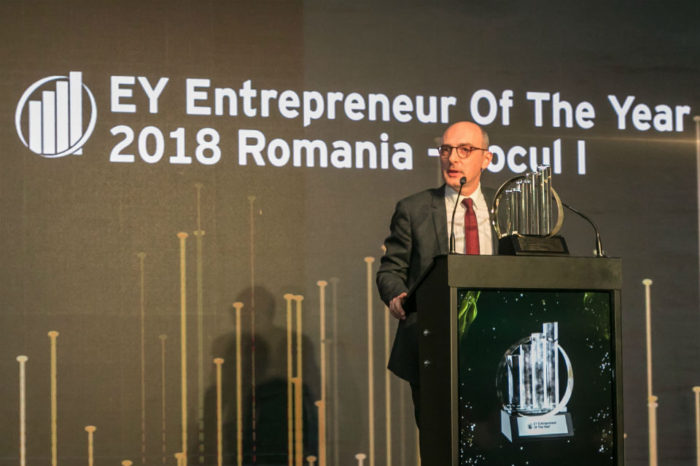 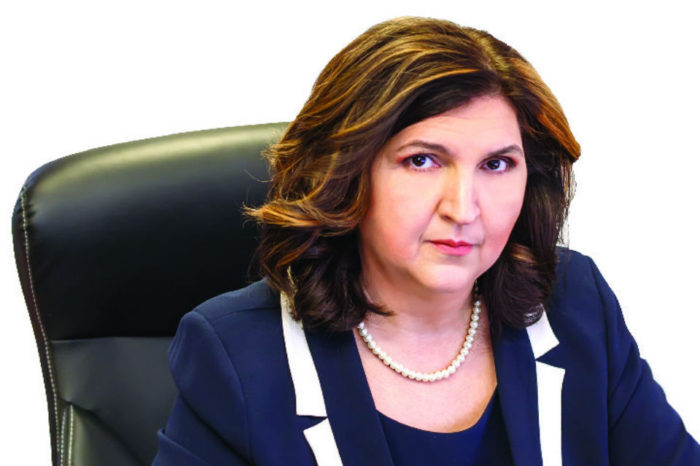 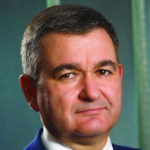